Some of the “Ask Me Anything” questions, like the “revolutions” one, below, take a full post to answer. Others can be knocked off quickly, but I know they’ll generate lots of discussion, so they should be separate posts. Such as this one.

An email question: What is your option of David Irving as a historian?

I don’t have a firsthand opinion, never having read his books. My secondhand opinion is cribbed from Richard J. Evans, who was the expert witness for the defense* at Irving’s libel trial, and who went on to write what should be the standard history of the Third Reich, as well as a fantastic book, Lying about Hitler, that should be the first required reading in the “methodology” class every History major should be required to take.

Evans said that Irving was a talented and tenacious researcher with a very deep knowledge of the sources, and a knack for unearthing new documents. He didn’t start out as an open and obvious “Holocaust denier.” My understanding of Evans’ interpretation of Irving is that  he, Irving, in his early career was at most guilty of trying to do for the Nazis what a whole bunch of “respectable” historians did, and continue to do, for the Communists — “yes yes, mistakes were made, but the Allies / West were so much worse.” On this one point alone, Irving has my sympathy — being a lying shitstain giving “academic” cover to a reprehensible regime should be a bipartisan crime.

But as Evans shows in almost excruciating detail, Irving went from what could very charitably be called “axe grinding”** to outright fabrication, distortion, omission, and sundry other fuckery. As I’ve written here before, “Holocaust denial” is a species of sophistry that’s very tough to slay, because the weird administrative structure of the Third Reich (see previous post) made it very difficult to pin actual responsibility for anything on anyone.

Then as now, the Germans loved their paperwork, but though the evidence from aggregate paperwork is overwhelming, in very few cases can you actually find direct orders for anything. There are reams of reports saying “thus-and-such train of evacuees was given special handling,” and everyone knew what “evacuees” and “special handling” really meant, but written orders along the lines of “I, General So-and-So, order you, Lieutenant Thus-and-Such, to shoot those Jews” simply don’t exist. At least, that’s how I understand it (I’m not a specialist) based on my reading of Evans, and if you’re at all interested in the nuts and bolts I can’t recommend Lying about Hitler highly enough.

Another email question: Does Z Man read or comment at Rotten Chestnuts?

He’s commented here once that I know of, in the site’s earlier incarnation. I know we’re on his “A list fans” blogroll, which is cool, and got put there at his commenters’ request, which is incredibly flattering. I don’t know if that means he’s a regular reader. I assume not, if only because I riff off so much of his stuff — why would he need to read my recap of what he’s already said?

That said, I hope he does check in from time to time, because some of those riffs might be useful. Today, for instance, he’s talking about “rolling back the clock” — getting people to drop their cell phones and social media and such. My suggestion from a few days ago, about a revamped Promise Keepers or a lay auxiliary of the Society of St. Pius X, would be useful in such an endeavor.

I’m still going with Alice in Chains as the best band, but a) that’s a pretty low bar, and b) there are other plausible contenders, for different values of “best.” I’m using “best” for both band and song in the sense of “most representative of the era,” not in the sense of “most technically skilled” or whatever. So while I don’t think Counting Crows were any great shakes, musically (though I’m the first to admit I’m not a musician myself). you’d be hard pressed to find a more of-their-era group than them. I don’t think you’re legally permitted to spin August and Everything After without first putting on two layers of flannel and playing a half hour of hacky sack on the nearest college quad.

And yet, ye gods, look how far we’ve fallen. First, take a good long look at this fucking pansy:

And then note that he has a visible bicep. Not impressive musculature by any means, but that and the facial hair indicates “viable biological male.” Now check out his 2020s equivalent, Ed Sheeran: 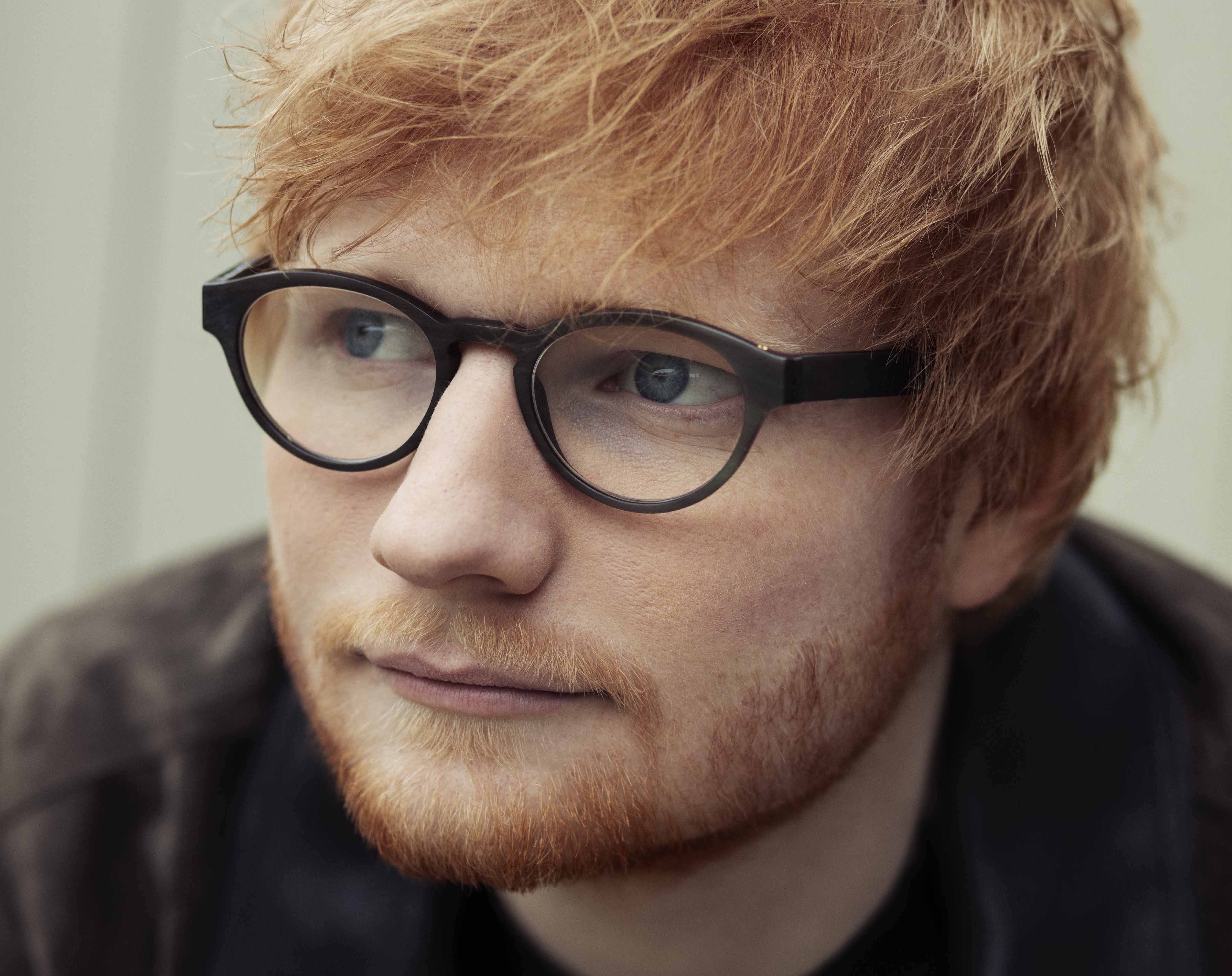 It’s like Chuck Klosterman had sex with some other lesbian and somehow, nine months later, this popped out of one of them. I didn’t think it was possible to make Adam fucking Duritz look like the goddamn Marlboro Man, and yet, there it is. Duritz, Eddie Vedder, that queef from Live… giant gaping vaginas, all of them, and yet they’re the very picture of toxic masculinity compared to today’s crop of “male” singing stars. Oy vey.

[Side note: Does anyone know who is that little piece of tail with Duritz in the first picture? She looks yummy, despite being more butch than he is].

[Side note #2: The search results for “Ed Sheeran gay” tell us whatever that picture doesn’t about pop culture in the Current Year. According to a poll that pops up as one of the top results, 71% of respondents don’t think he’s gay. I’d be flabbergasted by this, if it weren’t for some of you people insisting a few months back that Barack Obama, a.k.a. the fruitiest dude ever, isn’t gay. What the hell are they putting in the tap water these days?].

So, umm, where were we? Oh yeah: Counting Crows have to be a candidate for “best” 90s band, as do Live and probably Everclear. Musically terrible, all of them, especially Everclear, who are the neutered version of AC/DC, releasing the same damn song over and over for ten straight albums, but still — none more of-their-era than those turds. “Most emblematic,” then, if not “Best.”

And all of that is before we get to the chicks. Jewel, Tori Amos, Alanis Morissette…. my candidate for “Most 90s Song of the 1990s” would be “every single track on Pieces of You, followed by a minor Alanis hit, ‘All I Really Want.'” Have a listen, if you’re feeling brave (or in need of chemical castration). I’ve mentioned before that no one was having sex in the mid 1990s; the fact that every single girl I knew in college identified utterly with this song should tell you why none of us minded all that much.

*Yes, for the defense. Like Oscar Wilde, David Irving was the plaintiff in his libel suit. Wilde sued the Marquess of Queensbury (yeah, the boxing rules guy) for libel after he, Queensbury, called Wilde a “posing somdomite” [sic]. The trial didn’t go well for Wilde, since he was a posing somdomite and everybody knew it. Similarly, David Irving sued historian Deborah Lipstadt for libel for calling him, Irving, a Holocaust denier. Thus Evans was brought in as a witness for the defense, and did to Irving what Queensbury’s lawyers did to Wilde… which is pretty much what Wilde did to Bosie.

**Apparently the book that made Irving’s rep, The Destruction of Dresden, pushed a highly inflated body count for the infamous firebombing. Irving made his case based on (among other things) a document that later turned out to be a forgery. Whether Irving knew it was a forgery at the time, and whether or not he was a bit too trusting of his other sources, is disputed.