Vox Day’s Dread Ilk, the Anonymous Conservative, and others have a term of art I really like: Rabbitology.  “Rabbits” are the brave keyboard warriors of the Social Justice cult, the r-selected devotees of point-and-shriek; “rabbitology” is the study of their habitats and behaviors.  Since I live in a college town — the ur-warren from which so much cunicular nonsense comes — I present a few observations of Lepus Academicus as a public service announcement. 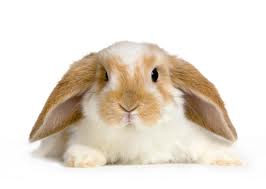 Among the rabbits, words are currency.  Nearly every college has its “faculty ghetto” nearby.  Often these are gated, but if they’re not, you can tell when you’re in one by the cars.  You know you’re there when you see stickers extolling socialism and revolution on the bumpers of brand-new, top-of-the-line sport utility vehicles and minivans.*  Visitors from the real world are amused, baffled, and often more than a little angry at the apparent hypocrisy.  But to the rabbits it’s all very logical and just (rabbits are nothing if not just) — when words are currency, the best talker gets the highest pay.

There are two methods for determining the warren’s best talker.  The first is, how closely does his or her talk mirror the real world?  But since professors are “the 1%” by every meaningful metric, that can’t apply; otherwise the short-haired lady with the “¡Viva la Revolución!” sticker on her 2013 Cadillac Escalade would have already been shot by a pissed-off campesino.  So it has to be the other: how well do his or her words signal status to the rest of the rabbits?  And this, of course, is accomplished by taking the loudest, most radical line.  What we see as hypocrisy is actually more like a mating display.

Among the rabbits, in other words, hypocrisy is a virtue.

Among the rabbits, obliviousness is also a virtue.  As I pointed out in our little dust-up with the Gamma Rabbit himself**, it takes a lot of effort to avoid evidence against bedrock academic theories.  A mere trip to the grocery store should be able to convince a radical feminist that her ideas about “the patriarchy” making girls weaker on average than boys are way off.  But that never happens.  In fact, college towns offer endless opportunities to observe hominid behavior in the wild, and classes can easily be turned into little mini-experiments in group dynamics.  But even if there’s no incentive to actually test their theories — and there’s not; remember, words are currency — it’s still amazingly difficult to keep the blinders on when thousands of undergraduates are out there disproving your claims with their behavior every hour of the day.

Among the rabbits, viciousness is also a virtue.  This is so much of a given in academia that there’s a catchphrase for it: Sayre’s Law.  Every college has its stories about the legendary backbiting and underhandedness of certain faculty members.  The guy who failed a student’s PhD thesis — thus guaranteeing the student would never get an academic job — because he had a falling out with the kid’s adviser.  The lesbian professor who seduced her colleague’s husband because the colleague got tenure before she did.  The prof who to this day refuses to be in the same room with a faculty colleague because he asked a question about the guy’s work twenty years ago.  In any other line of work, these things would be major scandals, with seventeen HR drones and six layers of management scrambling to prevent lawsuits.  In academia, these people are campus legends.

Among the rabbits, finally, there is zero sense of how small the warren really is.  It’s a logical outgrowth of the virtue of obliviousness.  The townies have a joke: “What if they gave a war protest and nobody came?”  At any “radical” event — which, because words are currency, means pretty much any heavily promoted event — you see the same five or six people.  They might be nineteen, but they all look like they’ve been living the hippie lifestyle since about 1964.  And, indeed, many of them have; these days, protest is a parlor game for old maids.  But because obliviousness is a virtue, and because they can force the majority of students to parrot their opinions (or just shut up) in class, they have no idea that theirs are, in fact, not just minority views, but extreme, fringe views.  Not only do the students not care about “heteronormativity,” most of them don’t even know what the word means — not even if you made them memorize it in class (the purgative power of cheap beer on academic jargon is truly a wonder to behold).

*Examples here.  So many, many examples.

**Sorry for being cutesy with this, but he’s the type of guy who spends upwards of five hours a day Googling himself, and I just don’t want to deal with it.

5 thoughts on “Among the Rabbits”