The media is writing their reports like Children’s Stories because they conceive of their audience as essentially children, whom you must protect from jarring facts which might teach “the wrong lessons.”

Allow me to suggest an alternate theory: It’s the lefty reporters themselves who are the children.

Have you heard of Gell-Mann Amnesia?  It’s a coinage of the late, great Michael Crichton:

Briefly stated, the Gell-Mann Amnesia effect works as follows. You open the newspaper to an article on some subject you know well. In Murray [Gell-Mann’s] case, physics. In mine, show business. You read the article and see the journalist has absolutely no understanding of either the facts or the issues. Often, the article is so wrong it actually presents the story backward-reversing cause and effect. I call these the “wet streets cause rain” stories. Paper’s full of them.

In any case, you read with exasperation or amusement the multiple errors in a story-and then turn the page to national or international affairs, and read with renewed interest as if the rest of the newspaper was somehow more accurate about far-off Palestine than it was about the story you just read. You turn the page, and forget what you know.

We always forget that reporters are, as a group, incredibly stupid and woefully uninformed about basic stuff.  They’re not presenting big, complicated, messy stories as Aesop’s Fables because they’re afraid their readers will draw the “wrong” conclusions.  This is literally how they themselves understand the world.  Brown’s black, the cop’s white, what more is there to say?  If they could handle nuance and ambiguity, they wouldn’t think these 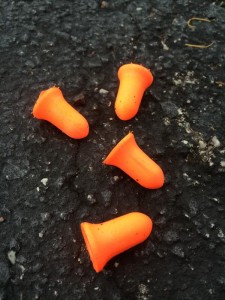 It’s pretty simple: The left and the media (BIRM, of course) really really really wanted George Zimmerman’s white hispanic scalp last summer.  Or, failing that, a good old fashioned race riot; either one would distract from the ongoing implosion of the entire liberal project.  Or, ideally, both — Obama could give a few thousand more speeches, and they could cover those speeches, and pronounce them supra-Churchillian and uber-Lincolneque, and wouldn’t that be just swell?

But they didn’t get either, and they’re determined not to let another golden opportunity slip away.

That’s it.  They’re petty, petulant children who can’t even grasp the extent of their own ignorance.  But we can.  Don’t fall victim to Gell-Mann Amnesia.

One thought on “An Alternate Theory: Gell-Mann Amnesia”