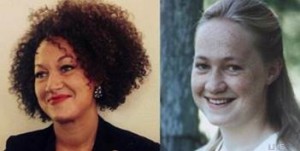 So the Progressive deconstruction of America continues. The president of the Spokane, WA NAACP – Rachel Dolezai … has resigned. She’s genetically white as her two white parents (whom she has disowned) pointed out in the picture on the right. But I guess she’s “identified” as black.

Which raises some questions. If a white woman colors her face to look black, is she guilty of the dreaded “crime” of appearing in “black face” … or not — just because she “identifies” as black? If it’s ok to liberals to “identify” as any number of gender pronouns, why not “trans-racial”?

After all, they’re the ones who came up with the term “`white` Hispanic” when they needed to “white-ify” a guy who they so desperately wanted to be white after he had killed a black man — when he turned out to be half Hispanic. And liberal hero Elizabeth Warren listed herself as a minority (a Native American one) in professional directories that are commonly used by recruiters …

If gender is a social construct, why can’t race be a social construct?  As a matter of fact, it largely is thanks to our progressive betters.  If you don’t behave or believe, socially, the way your particular race is “supposed” to according to the social construct progressives demand, then you’re not REALLY that race.  You’re an Uncle Tom.  An Oreo.  A “White Hispanic”.

If you can pick your race or gender, even from 50+ invented genders that only you yourself may understand but still demand to be referred to as … why stop there?

If you can be trans-racial, can you be trans-national? Are illegal aliens coming here really “Americans” who just happened to be born in the wrong country? Can I sue you for discrimination if you won’t hire me and I just happen to identify as “black” or “Hispanic” or “Native American”? 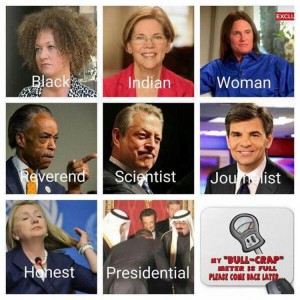 Can you keep me out of the women’s restroom?  Can you kick a woman out of a gym for complaining that a man is in the womens’ locker room?

My question is, have we finally reached a point where the progressive deconstruction of language and logic must finally collapse on itself?  Or will we continue to allow ourselves to be bullied into submission to the bizarre?

What are the rules?  Are there any rules?  If so, who gets to make them?  Courts? Bureaucracies? 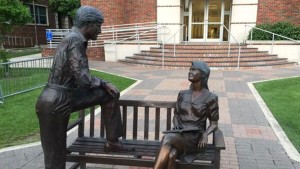 Before you go accusing me of “white–man-splaining“, I should let you know.  I’m really a genderless alien.  From a species that used to inhabit this planet before humans arrived and pushed us out.  I’ve always felt that way.

11 thoughts on “… and vanished in a puff of logic”