She’ll skate, of course, because one doesn’t indict one of The Elite, but when she does, nobody can claim with a straight face that we have a rule of law anymore.  The Constitution, courts, elections, the press… it’s all a sham, and The Elite only put up with the sham because it’s less inconvenient than a straight-up police state.

But not for long, I imagine.

This is fun!  Evidently the GOP is getting ready for a “brokered” convention.  National Review assures us that this is unlikely, but notes that if the big money boys stick around juuuuust long enough…. nudge nudge, wink wink, here’s lookin’ at you, Yeb.  And you, Marco, a.k.a. the Emergency Backup Yeb.

The idea, of course, is to cornhole Trump at all costs.  If I had the energy, I’d write something about caesarism, since, you know, from the GOP hack’s perspective it’s far better to lose than to win the wrong way.  If it weren’t so depressing, I’d detail how reliably these “anyone but So-and-So” maneuvers end up not only putting So-and-So on the throne, but making him super popular, too.  If I weren’t so sick of it all, I might even indulge in some philosophical speculation about folly and the fanatical avoidance of reality.

But let’s take the easy layup:  Whatever happens, 2016 is the end of the two-party system.

We all know that, whatever pledges to the contrary he may have made, if Teh Donald doesn’t get the Republican nomination, he’s going 3rd party.  He pretty much has to at this point — the Iowa caucuses are 2 months away, and even if he doesn’t win*, there don’t seem to be any realistic scenarios where he loses big.  And, it seems, if Teh Donald does win the nomination, the rest of the GOP is going to go 3rd party.  They’ve all but said so, several times.

And there you have it.  The Republican Party is no more, one way or the other.  Unless everyone gets behind Trump 100%, right now, the GOP is done.

But wait… it gets worse.  I’m going to go out on a limb and say that not only does Trump go 3rd party, but he wins a three-man race between himself, Hillary, and whatever cuck emerges from the rump GOP – probably Rubio at this point.  And that opens the floodgates.  Even Hillary’s campaign people don’t like her — I am of course biased, but I don’t think I’ve ever seen such an obviously unlikeable candidate thrown up by any party.  And if Trump can do it, why not Sanders?  Just as the GOP fractures into “Cuck” and “Maverick” wings, so the Dems will break into “Socialist” and “Moonbat” wings.

Before fascism finally descends on us, in other words, we might see two or three elections with multiple different parties slugging it out, Euro-style.  That’ll be a hoot.  Pass the popcorn!

*He might lose.  I’m pretty familiar with Iowa, and I can assure you that the rest of the country’s complaints about the caucuses are fully justified.  Iowa is a deep red state turned purple by farm subsidies.  That’s why no-hopers like Mike Huckabee and Michele Bachmann clean up there — they can preach the Gospel of Corn Socialism without having to worry how it plays nationally.

Caveats: It’s Vox Day, shit-stirrer extraordinaire.  And I’ve never heard of Conservative Treehouse; for all I know, they’re all about chemtrails and the Illuminati (notice the strident repetition of the word “intentionally,” for instance).  But this sure sounds right, doesn’t it?

The pathway the RNC/GOPe constructed to elect Jeb Bush specifically was designed to eliminate/defeat Ted Cruz.

Stop.  And re-read this reality:

The GOPe road map was specifically and intentionally created by scheme and construct, to intentionally block any possibility for Ted Cruz to achieve 2016 presidential victory.

As a direct and factual outcome there is nothing Ted Cruz can do to overcome the structural dynamics currently in place which block any possibility of him achieving electoral victory.  Period.

Now, I’m sure there’s some overlap in the Venn diagrams of “electing Jeb Bush specifically” and “eliminating Ted Cruz specifically,” but they don’t necessarily entail each other.

Nonetheless, this kind of thing happens all the time — it’s just that it normally happens after elections.  It’s called “gerrymandering,” and it’s a straight-up incumbent protection racket.  But it’s not like they haven’t tried this kind of thing in the primaries before — ask any Ron Paul supporter (watch out for flying bong water and Cheeto dust).

And that, friends, is caesarism.  Assuming it’s all true — and, again, salt to taste — the entire “nomination” process is a carefully engineered scam.  The goal is to preserve the public’s sense of participation, when in reality their votes don’t matter in the slightest — the donors’ handpicked candidate wins regardless.

The sham is the key.  Third World shitholes have “elections,” too… but they also have track-suited guys with conspicuous earpieces and jacket bulges standing near ever “polling” station to make sure Glorious Leader gets 104% of the vote. 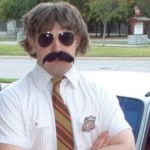 Rigging the game on the front end is so much simpler and cheaper.  Commies and other dictators use brute force on the back end — “resistance is futile, comrade.”  You can save a lot on the secret police budget by preserving the illusion of choice — most people, faced with the choice, pick the illusion of representation over the futility of rebellion.

If I were Donald Trump, I’d think very long and hard about hiring some world-class personal security.  I don’t really even think I’m joking anymore.

Lookie lookie at all the kabuki:

I don’t blame [Paul] Ryan for trying to leverage the best terms he can get. The question is, does he really want the job? Some seem to think not and that’s he just laying out unreasonable conditions he know won’t be agreed to so he can say, “I’d have done it for the team” but then the “team” can blame those damn conservatives for stopping the last best hope for America from taking the job.

If Ryan doesn’t get the job because the Freedom Caucus won’t kiss his ass….well. My guess is the GOP moderates will freak out, call the conservatives traitors and cut a deal with the Democrats to install some super squish in the chair. And then the fun really begins.

As if installing some super squish wasn’t the point of all this from the get-go.

The problem with caesarism as an explanation for procedural shenanigans is similar to the problem with Conspiracy Theories.  With CTs, you’ve got too many moving parts.  Most of the good ones require thousands, if not tens of thousands, of people to be in on the plot — there’s just no way to maintain operational security.  With caesarism you have, in effect, too few moving parts.  Does anyone really care about how the Speaker of the House gets elected?  I’d bet good money that the vast majority of Americans — somewhere in the 80 to 90 percent range — don’t even know there is such a thing as the Speaker of the House.  Who is this whole song-and-dance for?

But the only other explanation is gross incompetence…. which, while always a good bet with the GOP, is a little tough to swallow in this instance. I don’t think even the Cucks are dumb enough to openly proclaim that we’re all just one happy family here in Congress.  How will Failure Theater continue to work if they all but announce that voting for Republicans gets you a Democrat?

Anderson Cooper not only didn’t make Hillary answer that question [do all lives matter, or just #BlackLives?), he actually changed the question’s wording when he came to her so that she didn’t even have to avoid the no-win scenario — he turned off the no-win scenario just for Queen Hillary.

Bernie Sanders protected Hillary from her email problems, too. It’s questionable, as Drew said, whether he actually is running for president either.

As Dave from Texas said, it felt like a beauty pageant in which everyone on the stage, including the judges, seemed to want to put the tiara on just one princess’s head.

Caesarism, you’ll recall, is when the ruling elite disguises its despotism with a sham version of representative government.  By pretending that his unlimited, despotic powers were actually limited, constitutional ones, Gaius Julius Caesar kept enough people happy enough to prevent outright rebellion — a state of affairs that worked, more or less, for the next three hundred years.

The trick is maintaining the delusion of self-respect among the plebs.  Slavery takes some getting used to, especially when, as in Rome’s case, your nation is half the world’s slavemaster.  Few Romans could stand to acknowledge that they were to Caesar what their household servants were to them.  It was a farce, and the Roman people surely knew it, but when your choices boil down to comfortable slavery, pointless rebellion, or painful death, most folks choose comfortable slavery…. especially when the master makes it easy to pretend that your condition isn’t slavery.  How could it be, when you get to vote on it every four years?

It’s doesn’t always work flawlessly — as Philmon pointed out, the original Caesar got stabbed — but see above.  It took a few generations to get from the O.C. to Caligula, and another two hundred to get to the outright oriental despotism of the Dominate.  Meanwhile, the Elite lived really, really well… while the people “voted” in fake elections and “debated” meaningless trivia in the Forum.

The problem is that once Caesar finished whacking the principled opposition, he tended to find the whole business of stage-managed “democracy” more trouble than it was worth.  And that was truer the longer the Principate lasted — Caligula, just to stick with a theme, delighted in rubbing the Senate’s faces in it, and he paid for it with his life.  And every assassination, rebellion, and civil war that followed was — of course–  justified in terms of “restoring republican traditions.”

Reading Ace’s recap of the Dem “debates,” I’d venture to say we’re pretty much nearing the end of our own Principate.  The Supreme Court bailed out on the last vestiges of its original function, along with its sanity, this summer.  The Repubicans have been in Caesar’s bag for a long time now — ask Scott Walker.  Most everyone who is anyone in politics appears to believe that the sham isn’t worth the trouble, that they can scrap the whole kabuki routine and go full Elagabalus.

Give that to the Fascists, at least — they don’t bother to hide the obvious from the voters.