Blaise Pascal supposedly said that most of humanity’s problems can be boiled down to our inability to sit in a room quietly.  A few random items of confirmation:

Our Betters in Love.  “Do I Have to Tell My New Girlfriend I’m Going to Keep Seeing Sex Workers?”  Look, buddy, I’m not going to criticize you for paying to get your ashes hauled.  The opposite, in fact.  Because I spent a lot of years on campus, and thus saw lots of young Leftists in the making, I’m practically Sigmund Freud when it comes to the hazards of improper sexual development.  Lots of Leftists-in-the-making could avoid a lifetime of triggerings if they’d just get laid the normal way — missionary position, with a member of the opposite sex — before they hit 28 or so.  If you just hire a pro and get it over with, you’ll find out that it’s really no big deal.  It’s certainly nothing to ruin your life over, which is what will happen if you take the opposite tack and major in Gender Studies…

But I’m sure that’s what this goober did, and now like all Leftists he’s got a morbid case of self-dramatization.  His every problem is an existential crisis, so he decides that he’s going to keep right on hiring prostitutes, but only because it’ll strengthen their relationship.  Funny how “taking the path of least resistance” always ends up being the politically correct thing to do, isn’t it?  I’m going to keep doing exactly what I want to do, consequences be damned… now praise me for it, because I’m really doing it For The People.

Speaking of self-dramatization, here’s the New York Times illustrating yet another “we must impeach Trump!” article with a picture of an assassination: 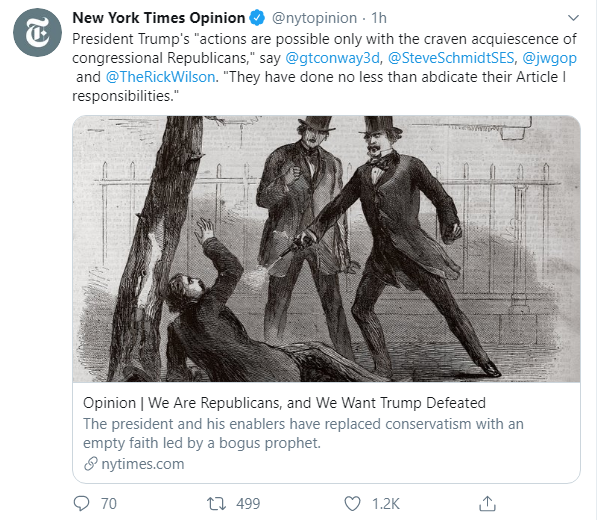 So, yeah: Sarah Palin’s electoral map with targets on it was directly responsible for that lunatic shooting Gabby Giffords, but this?  No encouragement to political violence here!

Which is why Pascal was right.  The kind of losers who write for, and read, the New York Times think they’re being cute with this kind of thing.  It’s all just fake Twitter drama-rama to them.  And yes, well, maybe some awful redneck out there in Flyover Country might end up getting hurt, but really, isn’t that what they deserve?

The idea that political violence is no respecter of zip codes — that, in fact, in revolutions the self-proclaimed elite is always the first up against the wall — simply never occurs to them, because they are deeply silly people who take nothing seriously but their own self-manufactured social media drama.  See also this: 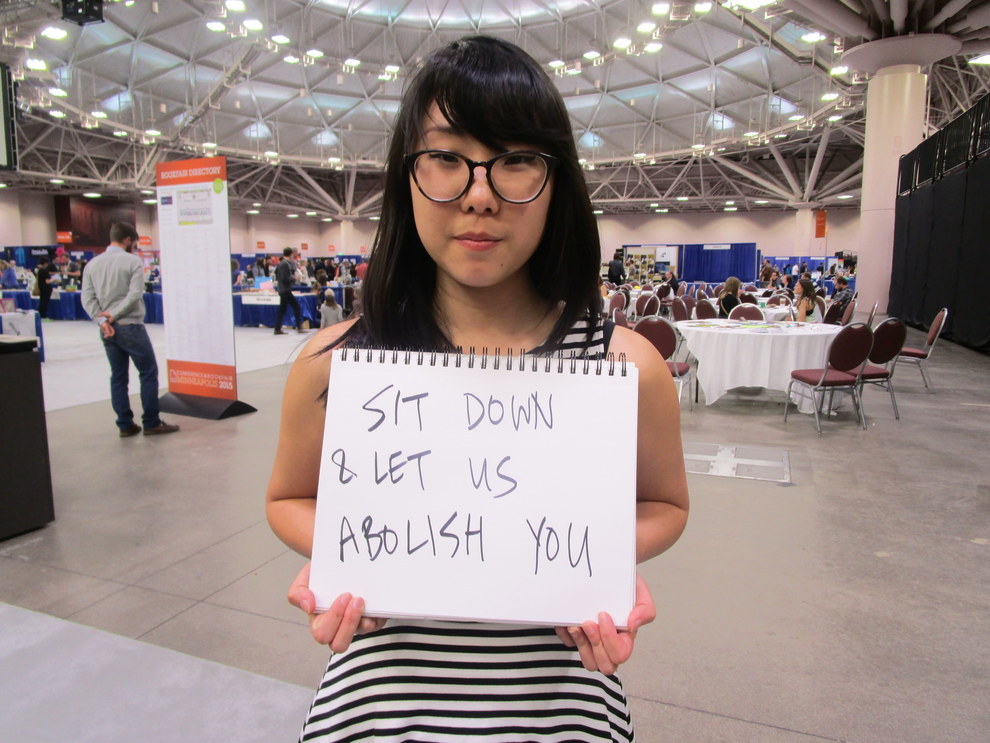 Anyone with a rudimentary grasp of history knows that, should the bullets actually start flying, “comfort woman” is the highest station this ditz could possibly aspire to… but she, and everyone she associates with, lacks such a grasp.  She gets re-tweeted for stuff like this, and to people like her, that’s all that matters.

Whatever it is that infects people with this terminal need to self-dramatize — I think it’s called “prosperity” — you can go ahead and carve it on Western Civ’s tombstone: “Died of self-inflicted wounds.”  Dramarama killed us.  If our great-great-great-great grandchildren ever want to give stuff like “indoor plumbing” and “living past 40” another shot, the thing their schools must teach above all else is the ability to sit quietly in a room.