One of the many, many (many many many) reasons I’m not a leftist is: I have an appreciation for precedent.  Or, if you prefer, I know the golden rule: Do unto others as you would have done unto you.  Or Thomas Hobbes’s version: Don’t do to others what you wouldn’t have done to yourself.

&c. Point is: You do something to someone, you set a precedent; you have no reasonable basis for complaint when the exact same thing is done to you.

Leftists clearly don’t have this.  I don’t know if it’s innate (r-selection), or learned, or what, but it makes having actual discussions with them next to impossible.  “Gay marriage today, polygamy tomorrow” literally doesn’t make sense to them.  They’re not lying — not all of them, anyway, and not consciously.  Ok, yes, the Politico types are — this went up the day after Obergefell — but the Sweet Aunt Polly types aren’t.  They really don’t see the connection there.  They don’t see precedent.

I wonder if this isn’t what Morgan was getting at with “externalysis,” here (please correct me if I’m wrong).  It seems to me that by outsourcing their thinking, especially their moral thinking, they can preen all they want, while all the while engaging in what we see as the grossest hypocrisy.

[Just you wait: Liberals are going to freak right the fuck out about polygamy, because it’s not cute tame Africans who want to practice it here in the good ol’ US of A.  It’s — ick! — Mormons, the most left-despised of all us benighted God-botherers]

Example:  This is one of Al Gore’s houses 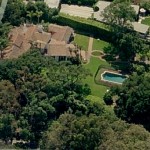 This is Leo DiCaprio’s regular ride: 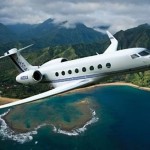 Pretty hypocritical for such “Green” folks, no?

Well, no, obviously not.  Not to them.  And the reason, I posit, is that while so many, many things are banned in order to Save the Earth ™, ginormous McMansions and Lear Jets aren’t.  We’re supposed to believe — and hell, maybe it’s true — that Al Gore’ six (or however many) mansions all have low-flow toilets, and Leo’s Learjet uses only those stupid twisty lightbulbs in the cocaine mirror.

When Congress gets around to banning those things, Leo and Al will happily stop using them.  I honestly think they — Leo and Al — really think this.

When you’ve empowered the State to distinguish right and wrong for you, then you’ve set up a situation where anything that isn’t officially wrong is right by default.  If it’s bad, there oughtta be a law.. but until there is, it’s good.

The endpoint of this, of course, is the classic description of life in North Korea: whatever isn’t banned is compulsory.  But until we reach that blessed utopia, we can live like kings, because it’s not hypocrisy — if it were, it’d be against the law.