Think about this. If it’s the list I’ve seen, this is a list of 27 fake hate crimes since Trump was elected.  That’s an average of about one every month that are thrust into the headlines — at first as being real — and something that all [conservatives] should be ashamed of, and evidence that Trump inspires division and hate.

You hear it again and again in TV interviews and around the water cooler that Trump is hateful and inspires hate and hate crimes against the usual “protected” groups, with the “evidence” being the stories in the news.  “His tone”, or whatever, inspires these things.

Well in a twisted way, it does. But not from the right. Because in general, that’s not who we on the right are. How many of these big “news” stories ha 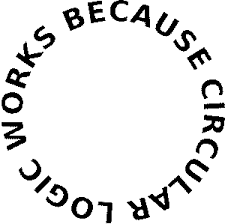 ve actually turned out to be true? Can you find me five of them? Five. Racist, or “homophobic”, or “trans-phobic” attacks on people. From the right. That actually happened.  Since Trump was elected. Can you find them? How deep did you have to dig? But “everybody knows” it’s true. And how do they know this? They hear it in the media, constantly.

If only 0.2% of these hate crimes are fake as one source put it, you should be able to find at least 99 real ones for each fake one reported. Shouldn’t be difficult, the media is all over these when they happen. But you can’t.  Find them.  We’ll give ourselves a break and say 20 per.   Still can’t. That speaks volumes.

You can punch a kid in the face for smiling while wearing a MAGA hat. Because it’s hateful, and stuff. You can hound people out of restaurants, or refuse to serve them because of their political views. If they’re conservative ones. Because Trump=”H8″.

Antifa targets the right, because the right is “hateful” so it’s justified, even mandatory — and the anecdotal evidence is …. all of these #FakeHateCrimes that are perpetrated by the left. The accusations get massive press coverage and fanfare, the retractions almost none. The left kind of looks at it’s shoes, at best, when Antifa comes up, and often outright defends their actions. “You’re against Antifa? That means you’re *for* ‘fascism'”

Not if Antifa is really a bunch of brown shirt fascists who don’t know what the hell “fascism” means. But the left doesn’t want to go there. They’re rooting for them. A fascist by any other name is still a fascist. Even if you put “anti” in front of it.

Frustrated SJW’s who get their sense of self-worth by “raising awareness” and labeling people they disagree with as “___-ists” or “____-ophobes” can’t find Americans that actually act this out, so they act it out themselves or hire Nigerians to do it for them.

Stop the slander. We’re on to it.

9 thoughts on “Fake Hate Crimes in the Trump Era”