For anyone who grew up during the Cold War, reading the news these days is like your first time getting stoned.  Everything’s fine, nothing’s happening, and then…. what the hell?  Wait wait wait… the cloak-and-dagger goons are the good guys now?

For the benefit of younger readers: Back when the USSR was a going concern, the Left spent a great deal of time excusing Commies’ behavior Scooby Doo-style — they would’ve gotten away with it, were it not for those meddling kids!  The Reds’ hearts were in the right place, of course, but gosh darn it, the CIA insisted on interfering with spontaneous sovereign people’s movements, and that’s why the Marxist guerrillas invariably had to massacre all those peasants.  It was pretty much an entrance exam for NGOs back in the days — if you couldn’t find a way to blame the excesses of, say. Kim Il Sung’s torturers on Ronald Reagan, you couldn’t get a job at Amnesty International.

Naturally, then, all correct-thinking people hated the CIA and their domestic Mini-Me, the FBI.  Those two organizations used to show up at college job fairs, and a good way to meet easy girls was to drop in on the inevitable protests.  Slap on a Che t-shirt (available at the campus bookstore, natch), do a Ricardo Montalban impression while saying “Sandinista,” and let the magic happen.  Don’t forget to stop by the Emma Goldman clinic for some free rubbers on your way back to her dorm room!

Gosh I miss the good old days, but whatever, the point is, watching groovy antiques like Nancy, Bernie, and Hillary telling me to trust the black helicopter guys is like watching Bruce Jenner in drag — you’re embarrassed for him, and scared of his enablers.  Listening to them screech about Russia like the most paranoid Reaganaut is so weird, I can’t even come up with an analogy.  Yo, guys, THIS 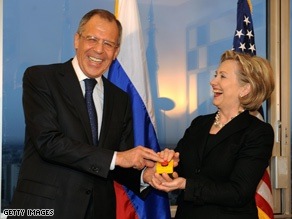 was your idea, wasn’t it?  Just like it was you guys calling the FBI the American Gestapo all those years?  Hello?  COINTELPRO?  Remember that?  Hello?  Is this thing even on?

It’s tempting to write off the Left’s newfound love of the mirrored-sunglasses crowd as merely instrumental — they’ve got the dirt on #OrangeManBad, and we all know that if Adolf Hitler’s zombie corpse showed up waving around some Ukraine phone call hearsay, they’d start hailing the Fuhrer himself as a true American hero.  But I don’t think it’s that (or just that).  Rather, it’s all about idle hands.

The FBI et al are actually doing something.  Doing it poorly, it goes without saying, but still.  The Left have painted themselves into a corner here these last few years.  The end result of their elaborate victimology — the “progressive stack,” in their fugly jargon — is to completely paralyze anyone who buys into it.  Since all the conflicting identities in their coalition

any action any Leftist takes is bound to get xzhym in hot water with someone, so all they can do is shriek… and not even very much of that, since they know better than anyone that whatever they accuse Trump of doing, they themselves have done / are doing on a much larger scale.

So the Left is forced, by and large, to sit on their thumbs.  Blaise Pascal said that “All of humanity’s problems stem from man’s inability to sit quietly in a room alone.”  That’s where the Left is now.  They can’t sit quietly, but they can’t do anything, either, so they project all their hopes and dreams onto the worst collection of swollen-headed bunglers ever assembled, because — and only because — the said knuckleheads appear to have some freedom of action.

I hope Comey, Strzok, et al enjoy their brief moment in the sun.  San Fran Nan and the rest don’t realize it yet, because they can’t, but theirs is the last group of white folks who will have any influence in the Democratic Party.  When the Donks get back into power, one of the first things they’ll do is replace the existing security forces with their own people — meaning, much much browner people.  I’m sure I don’t have to tell y’all what happens to the former state’s machinery of repression once the revolution gets power, but I hope for their sake that whatever crop of FBI goons is assigned to this page look it up….