After nearly blowing a knee out slipping on Global Warming this morning, I got to thinking: What’s the most laughable aspect of our age, seen from a few hundred years in the future?

Some ground rules: I don’t mean things like fashion, because there’s no accounting for taste.  Things like gigantic lace ruffs, merkins, and perukes seem silly to us, but which is objectively more ridiculous, this 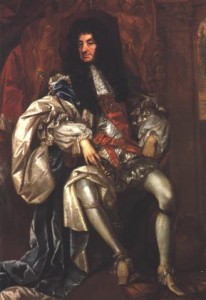 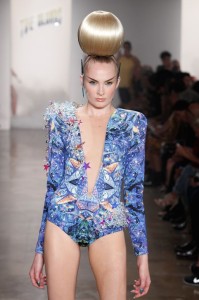 I’m also not judging popular beliefs like witchcraft, or even learned beliefs that have since been proven false by scientific advances.  I believe Thomas Aquinas wrote some things about what we could loosely call embryology, and that modern science does not definitively support his view… but that’s to be expected, because science as science does not concern itself with things like ensoulment. It’s a category error, then, to say that Aquinas is wrong about a theological point because he’s wrong about a biological point, and like most category errors, people who make it usually do so because they want to believe themselves smarter than they are (you’re free to believe Christianity is a load of hooey, but the burden of proof is on you if you think you’re smarter than St. Thomas (hint: you’re not)).

I mean things, then, like cultural attitudes.  Here are my guesses, in no particular order:

Our habit of incessant self-contradiction.  For instance, in talking about cultural attitudes, it’d probably take less than ten seconds for a snarky liberal to say something like “oh, you mean like treating all races as equal?”  Which, yes, is exactly the kind of thing I mean, but in the exactly opposite way.  The snarky liberal wants to congratulate himself for being open-minded and tolerant, which he does by scorning the supposedly backwards attitudes of us right-wing knuckle-draggers.  But in the process, he illustrates my point — modern liberalism is all about differential treatment.  Liberals have been given every opportunity to, in the words of one of their supposed saints, judge men by the content of their characters, not the color of their skin, and they’ve rejected them all.  Quotas, set-asides, Affirmative Action, Ethnic Studies programs… these are hardly conservative ideas.  And, of course, people who support these will tell you for a fact there’s no such thing as a fact.  This is because…

The only sin we recognize is Hypocrisy.  Because they have collectively decided that they must never, ever be wrong, Our Betters, the liberals, have to live and die by The Principles of IngSoc. War is peace if Obama does it, because if it isn’t — if war isn’t always and everywhere wrong in principle — then that asshole George W. Bush might’ve had a point, however misguided, and however poorly it turned out.  Hence, Obama’s wars aren’t wars, just as liberals’ refusal to examine evidence isn’t ignorance, it’s strength.  They’re loud and proud of their lack of knowledge of the other side’s arguments.  But conservatives are hardly immune to this– nobody with any social pull at all will come right out and say that there are very few things we can do for the Pajama Boys and Patton Chamberses of the world — the poor ye have always with you, whether by nature or nurture.  Any rational polity would throw his dumb ass in a workhouse, but we are not a rational polity.  Since no conservative can bear public scrutiny on this — would you be willing to say you’ve done absolutely everything you can to fulfill your Christian obligation to charity? — they, too, must pretend that “a living wage” is possible for all.  Because of this…

We are drearily, almost unfathomably literal.  Like our fear of hypocrisy, this stems directly from The Self-Esteem Cult.  If you are wonderful just for being you, then why would you ever want to be anything else?  #GamerGate is a good example.  Pro-GG people have a brutally simple metric for judging others — are you any good at the game?  Since there’s no way to hide your relative skill, you are your online deathmatch body count.  Anti-GG people simply can’t handle that; they want all kinds of fuzzy criteria inserted, even though there’s no way to tell if HaloDeathLord9000 is male or female, black or white.  Meanwhile, pro-GG people can’t grok that other people see the world differently.  Their metric is the only one that matters, even when it doesn’t apply — e.g. to 99.8% of human interaction.  This is the “tits or GTFO” school of internet commentary — does it really matter if SusieQ69 is biologically female or not?  Is her statement more factual, or less, if she’s got the extra X chromosome?

The Science Cult.  As I mentioned, I slipped on some Global Warming this morning.  But take note — our Science Cult will still be baffling to historians in the year 2525, even if all those hysterical climate models turn out to be true to the last detail.  I don’t have to rehash it for our regular readers, but for the drive-bys — don’t you think it’s odd that there are hundreds of thousands of people running around claiming to “Fucking Love Science”?  Isn’t that an odd and, frankly, rather disturbing expression?  Isn’t it bizarre that the actual dictionary definition of science — a method of experimental inquiry which requires transparent methodology and repeatable results — clashes so vehemently with this “consensus of the experts” business?  Real science is never settled.  The Science Cultists argue Obi Wan Kenobi-style.  Whatever you do, don’t believe your lying eyes!  Isn’t that weird?

Similarly, our Science Cultists refuse to hear that there are questions science has not yet solved.  Which, again, radically conflicts with the actual practice of science, but whatevs.  Take evolution.  Actual scientists know that there are almost numberless flaws, holes, and gaps in this theory.  They will argue that this is the best theory we have, but no working scientist will say it is complete and airtight.  The Science Cultists, though, will dive onto their fainting couches at the faintest hint of doubt.  This is because of….

Our Manichaeism.  We don’t really need to spell this one out.  The Manichees believed that the world was irrevocably split between Good and Evil.  Our Betters, the liberals, are totally committed to this worldview, and indeed you can explain almost the entire bizarre welter of their contradictions if you keep this simple dichotomy in mind.  They are Good, and we are Evil, and any compromise with Evil is likewise evil.  I exaggerate only slightly when I say you can cause a liberal acute psychic distress by posing a question about incontrovertible facts in political language, like so:  “George W. Bush is on record swearing that the sun rises in the east.  Do you agree?”  Conservatives aren’t naturally inclined to this worldview, but because Cultural Marxism is toxic to all intelligent life, we’re forced to believe as if we, too, are Manichees.  It’s painful, but our psychic distress won’t be apparent to future historians — only our behavior.