In my efforts to fathom the liberal mind, I sometimes ponder counterfactuals.  I try to put myself in their headspace, look around at the world, and imagine what I’d get all worked up about if I shared what I take to be their base assumptions.

It ain’t easy.  For instance, global weather seems to be back in the news over at Morgan’s place.  Here’s a wide-ranging discussion of Permitted Thoughts, occasioned by some criticism of global whatevering.  I found one comment particularly enlightening, and was moved to comment on it myself.  Here’s the money shot:

Even though I’m dead wrong [about global warming], and my error will cost billions and kill hundreds of millions, I should be considered correct in my error, because my intentions were good — or at least, not really as evil as the results turned out to be.

Didja catch that?  Kill hundreds of millions.  According to this Very Concerned Person, global whatevering will end more human life than every communist regime in history put together, plus Genghis Khan and the Black Plague and Hitler.

Here’s where I normally stop at snark, pointing out that for all intents and purposes I take global whatevering exactly as seriously as the Very Concerned People do — I recycle (it’s the law in my neck of the woods), I turn off the lights when I’m not in the room, and I quit using aerosol hairspray the minute I realized it wasn’t getting me chicks.  I’ll move into an organic yurt and start dirt-farming tofu, in other words, the minute Al Gore and the rest of the agony aunts do.

But if you go beyond snark, it actually gets kinda interesting.  For instance, there IS a power source that’s safe, reliable, and cuts way down on emissions.  We’ve had proven technology for decades, and actually have plans in the pipe to deploy it; we’re sitting on go in half a dozen states, pending federal approval. 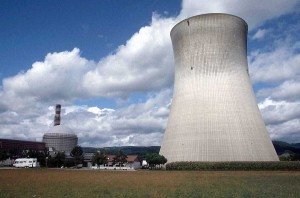 We all know the left’s reaction to those, of course.  It’s their standard reaction, and in fact I’m really starting to think leftists come out of the box with just two emotional settings, “off” and “hysterical.”  But that’s a rant for another day.  What I find most interesting is the few disconnected thoughts bobbing around like flotsam in the hysteria.  Near as I can tell, they boil down to “Fukushima,” “Chernobyl,” and “Three Mile Island.”

As I said, interesting, because the death toll from all three of those disasters combined is at most a few hundred.  Ann Coulter likes to joke that more people have died in the backseat of Ted Kennedy’s car than at Three Mile Island, and according to that bastion of Concern, Wikipedia, nobody at all has died from the fallout at Fukushima.  Any preventable death at all is a tragedy, of course, but accidents do happen, and by my math “a few hundred at most” is a whole hell of a lot less than “hundreds of millions.”

Which is what the Warmists insist will happen if present trends continue.  Not “might happen” or “could happen,” but will happen.  It’s science, and you’re stupid if you don’t believe them.  See for yourself.

So: technology in the pipe, which can be online in a few years, with only minimal risk to life, versus…. well, whatever the left insists will happen if all Obama’s buddies at Solyndra get their fill of your tax dollars.  Concern seems to break down at this point, no? 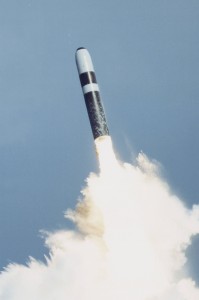 If anything will kill hundreds of millions, it’s that.  Fire just one of those puppies and you’ll see some global warming for real.  There are thousands of these things, and even our Omniscient God-King admits that we don’t know where some of them are:

The president ran through a list of the economic consequences of default, noting, “Social Security checks and veterans’ benefits will be delayed… specialists who track down loose nuclear materials wouldn’t get their paychecks.”

If anything should be cause for concern among Our Moral Betters, it’s that.

And yet, nuclear disarmament was never more than a fringe preoccupation.  They got a senile Bertrand Russell on board and came up with the peace symbol, but when your other leading lights include “the cartoonist ‘Vicky’, Professor C. H. Waddington and Barbara Wootton,” it might be time to rethink things (free protip: when even Bono is too busy saving the world to drop by your world-saving organization, you’re doing something wrong).

Odd, no?  If I were a leftist — that is, if I really, truly believed that global whatevering was going to kill hundreds of millions — I’d be chaining myself to a Pakistani cruise missile, desperate to convert it into a power plant.  But it never happens.

4 thoughts on “No Nukes is Good Nukes!”