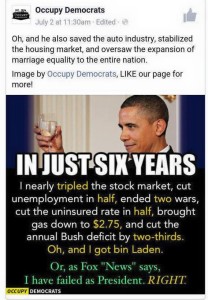 Of course, it’ll work if nobody counters it.

When you take office at the low point of a the kind of recession caused by the housing bubble popping and things rebound naturally, you would expect this. After the stock market fell by 2/3, it WILL rebound back to where it was … usually in 18 months or so. Why did it take 6 years under Obama?

Same thing with unemployment, with the added benefit of so many people just plain giving up and leaving the job market altogether skewing the numbers downward to help you out.

Presidents rarely have jack to do with gas prices – and this is particularly rich from a guy who WANTS energy prices to “necessarily skyrocket”.  Because ManBearPig.

At best, the Obama deficits are now about the same as Bush deficits were before the big TARP bailout — which Obama voted for — which drove the deficit tremendously high just before Obama took office – and also drove the *average* Bush Deficit up as a result. Pretty rich to blame your predecessor for something you voted for, then take the credit for NOT borrowing as much in subsequent years — because you have the benefit of the graft you blamed on your predecessor to fall from. The graph tells the story. 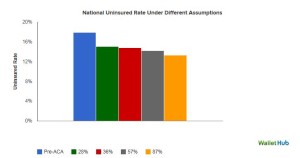 Insurance … insurance … Obamacare… 57% of those ENROLLED in Obamacare plans were previously uninsured according to this study.  I can see where the mathematically challenged might take that as half of the uninsured are now insured.  But really, it’s only half of the enrollees were previously uninsured.  That’s different.  In reality, it’s only dropped the “uninsured” rate by 2-3%.  Not half.  And at what cost?  We haven’t even begun to see what this is going to cost, especially after the unintended market consequences kick in.

You “got” Bin Laden largely because of efforts you opposed. Word has it you could have gotten him much sooner, but you were hesitant to pull the trigger and others basically pressed the issue until you said “yes”.  Either way, it’s not like it was some sort of bold decision.  Well for YOU maybe.  But I’m pretty sure any normal president at war in this kind of war would have taken out the enemy once found. 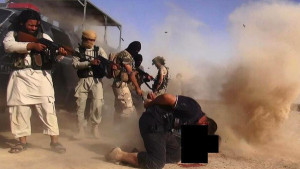 You also managed to lose everything that was gained in at least one of those wars, leaving a power vaccuum into which ISIS has stepped. In addition you’ve agreed to drop sanctions against Iran if they’ll promise (*snicker*) that they’ll stop working on their nukes for a while – while retaining their capacity to do it. And not allow anyone to check to see if they’re even holding up their own tiny end of the bargain.  I think we’ve seen this movie before.

The housing market crash was a market correction, so of course it stablized. It crashed to back to a relatively stable position. And there are signs of a new housing bubble building. This is what happens when you fail to address the underlying issues that led to the previous one.

As for the redefinition of marriage — of course you wanted it and your allies campaigned hard for it, calling it “marriage equality”. What it really is is the re-definition of a social institution, and it was done in response to a majority of people in several sta 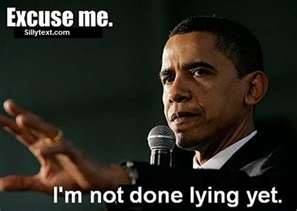 tes voting to keep their social institution defined the way they wanted it rather than to have courts impose a different one on them. So it went to the Supreme Court where the intense activist political pressure caused 5 judges to invent a new “right” out of thin air — which will ultimately lead to the de-definition of family. But that’s what Big Brother wants ultimately, anyway. Surprise!

FAIL. All around. But this is the kind of naked spin community organizers do every day.