I’d like to take this opportunity to propose a new holiday, a pre-Halloween holiday. I’m proposing a week-to-ten-day-long festival called “Get all the people who hate fun out of the way (they don’t want to be involved anyhow).” Or something.

Let’s get something straight: Whatever else might have happened in its history, in modern times Halloween is the first big fun thing to happen after school opens up. It teaches — reminds — kids to enjoy the passage of time. This is important. It’s true they get plenty enough fun & relaxation during summer…maybe too much…if you want to start bitching about that, I’m in your corner. Halloween tells them, you get a good solid block of work done FIRST, then we start stretching into the holidays, and you start to think about blending the fun with the work. This is something you need to know how to do when you grow up. And let’s face it, the grown-ups need a chance to bust loose too.

Yes, of course you can disagree. Just get your ass in that pumpkin, and see you in ten.

I’m inspired by, among many other things, this…

In the latest example of small-mindedness plaguing our educational system, schools around the country are attempting to ban costumes and candy on what is surely one of most kids’ favorite days of the year. The excuses range from vague concerns about “safety” to specific worries about food allergies to—get this—fears of breaching the wall of separation between church and state. 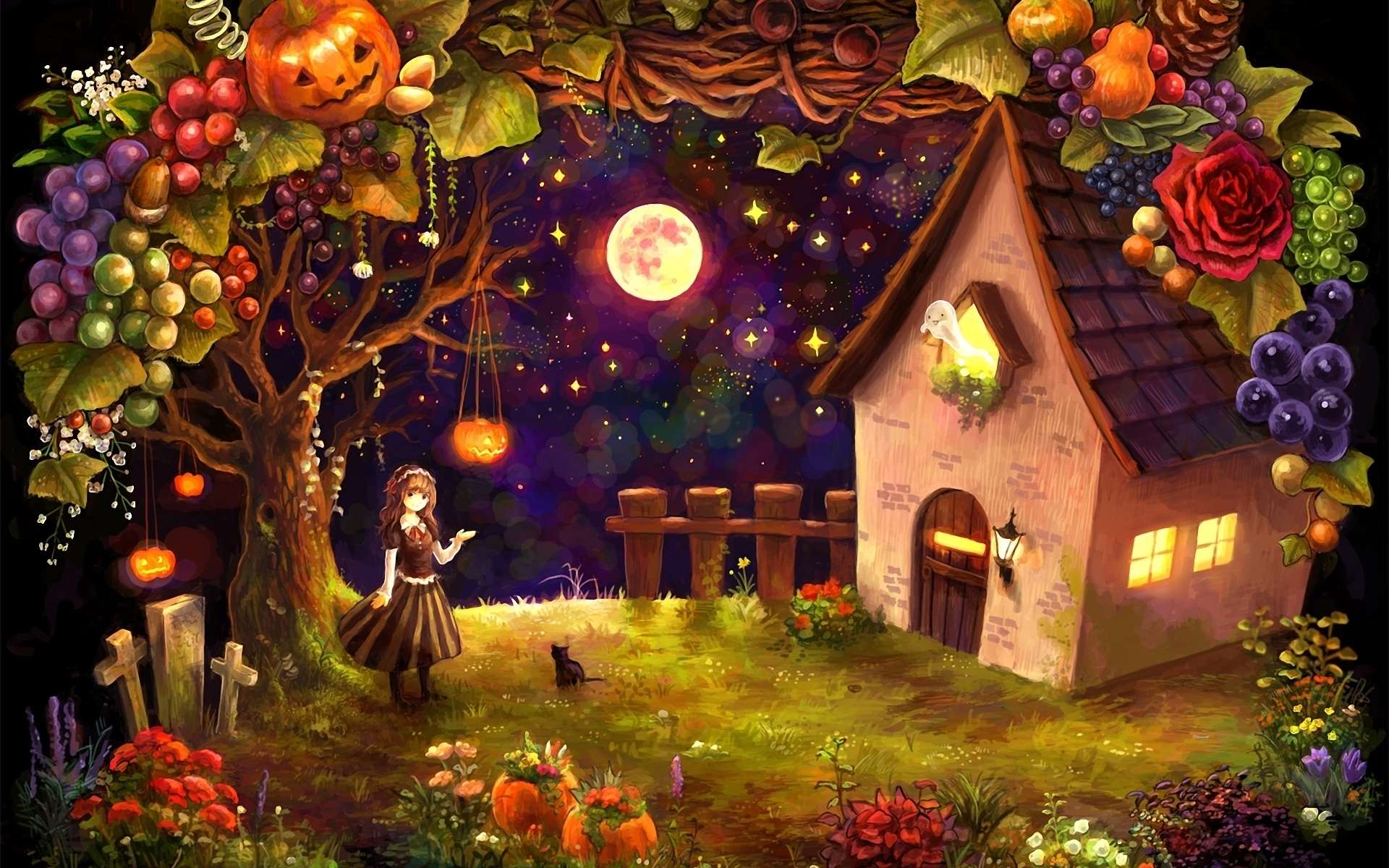 But whatever the motivation, the end result is the same as what Charlie Brown used to get every time he went trick-or-treating: a big old rock in the candy bag. What sort of lesson are we teaching our kids when we ban even a tiny, sugar-coated break in their daily grind? Mostly that we are a society that is so scared of its own shadow that we can’t even enjoy ourselves anymore. We live in fear of what might be called the killjoy’s veto, where any complaint is enough to destroy even the least objectionable fun. [emphasis mine]

I think what bugs me more than anything else is that this is one of the last vestiges of the “neighborhood.” I don’t mean that in the physical sense. We have all sorts of neighborhoods. Trouble is, it’s becoming rare that anybody knows the first names or the last names of whoever’s living a hundred fifty feet away…or five hundred feet away…I’m concerned that they don’t have any reason to. I’m concerned that they have all sorts of reasons not to.

Everyone loves to brag about respecting “diversity.” Here’s the trick: Without intimacy, diversity’s easy. When it’s just that funny family down at the end of the block who moved in last year, of course you don’t care about their country of origin or whether they speak English. Heck, are they still there? Oh, so it might be credibly pondered that you’re all burning the same oxygen with your lungs. How courageous of you.

The more years I see come and go, the more amazed I am that the people who insist we “all come together to get things done” and that we give up our profits, liberties and personal ambitions “for the greater good,” are the ones plagued with the lion’s share of human-interaction handicaps. They say it is an impermissible manifestation of religiosity they can’t handle, but the truth is they can’t handle any dialogue or social configuration outside of their very narrow confine of the tolerable: “I tell people what to do and then they go do it.” That, or “I tell people to knock something off, and they must stop even if they’d rather not.” Besides those two things, anything else is out of their league.

Test it sometime. Do something truly sociable that puts everyone on equal footing. These people will be missing from it. The same people will always be missing, every time.

The truth of the matter is, that having real fun takes balls. No, I shouldn’t say that; a lot of women know how to have fun. Let’s say it takes a thick hide. One of the tragedies of our modern society is, the people with thin skins get to tell the people with thick skins how they’re supposed to live, work, learn and recreate. We’re not all getting an equal say here, and because of the dissipation of natural threats against our species, or society has turned into an Idiocracy. It’s the shrikes who are calling the shots now. The bossies. The knuckle-whackers. See, the eerie-prophecy movie didn’t quite call that one: We’ve started to crave taboos, invent new taboos, meaningless taboos that have no history and serve no purpose, just so we can shush each other. Like the article said: “Any complaint is enough to destroy even the least objectionable fun.”

In fact, I’ll bet a pillowcase of Milk Duds that if we could go back in time and review the true history of Halloween — not what’s been preserved for us, but the real thing, right down to the most arcane details — we’d find out it had something to do with fixing exactly that sort of problem: The thin-skinned people running everything. Perhaps not at the earliest origins, but somewhere along the way. Something to do with throwing off questionable taboos, celebrating the completion of a whole lot of work, or cutting loose with one last festivity before hunkering down for a suffocating and tough winter. Perhaps, making a point of knocking back a few with friends, relatives and neighbors, being unsure of whether they’d make it to the spring thaw? Kind of a “see you on the flip-side”? Makes sense to me…

So off with you, shrikes, strutting martinets, zealots, killjoys, seacows and scolds. Into the big pumpkin you go. I exorcise you like the evil spirits you are. See you on November 1.

Cross-posted at House of Eratosthenes and Right Wing News.

One thought on “Pre-Halloween Festival”