A whille back, I half-facetiously created a category called QUILTS: QUestions I’d Like To See asked.  It’s an acronym in the great tradition of the greatest secret club in the world, G.R.O.S.S.: 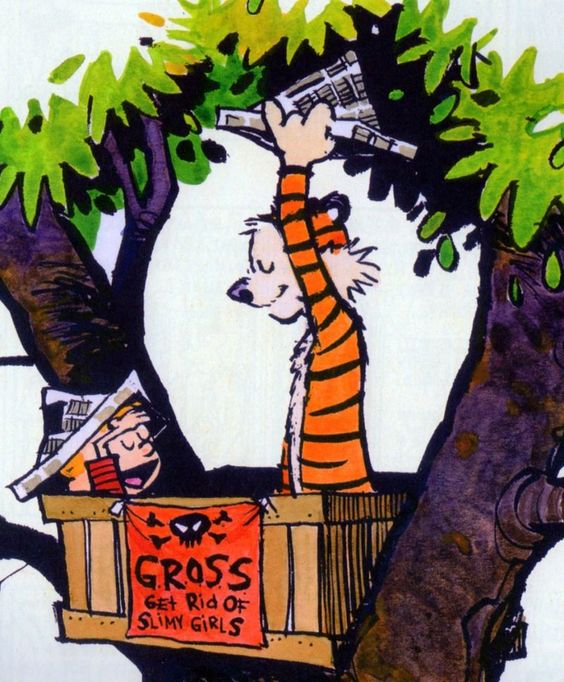 That’s the facetious part.  The half part is, I really would like to hear someone address these questions to the buffoons who control public discourse these days.  Anyway, in the spirit of jokes, truth, and shameless blog-whoring, I address QUILTS #3 to HuffPo columnette Jen Bosse, via Stacy McCain.

Every day that I go out into the world, I am forced to worry about my safety. Every day, I am ogled or honked at or loudly talked about by men from all socioeconomic and racial backgrounds. I have walked through a parking lot with my children and had men three times my age undress me with their eyes. Some of you may say, “What does that even mean? That’s completely subjective.” To you, I say, “If it’s never happened to you, you’ll never know exactly what that feels like.” But I can tell you that every woman I’ve ever met has.
I have been followed. I have been harassed. I have been grabbed at and “accidentally” brushed against and was even almost abducted once. I was 10 when the harassment began. 11 when the grabbing began. 18 at the time of the attempted abduction. Followed at 23. I could go on.

McCain takes xyr more seriously than xyr deserves (by, for example, asking if it’s true she gets ogled by men from ALL socioeconomic and racial backgrounds.  Surely some ogle more than others?) But I’ve got an even more basic question for her:

No, really – that’s my question.  Bullshit.  Bull-shiggedy.  Bullshit of the purest ray serene.  Bullshite, if you wanna get cockney about it.  Bullsheeeeeeeit, as the Hon. Clay Davis might say.  I don’t believe for one second that you get ogled “every day.”  I don’t doubt it has happened — are we not men? — but every day?  This I doubt.  I doubt it here, I doubt it there, I doubt it loudly from my derriere.  I think what we have here is a blatant case of Sailer’s Law of Female Journalism:

The most heartfelt articles by female journalists tend to be demands that social values be overturned in order that, Come the Revolution, the journalist herself will be considered hotter-looking.

All this “I was ogled!” feminist humblebragging is just whistling past the twin graveyards of The Wall and menopause.  “Oh noes!  I’m still hot enough to get eye-banged by pervs!  Woe is me!”

But I have a real question for the fellas out there: Have y’all ever seen this?  I mean, ever seen it?  I don’t spend a whole lot of time hanging around construction sites and NBA shootarounds, but I have never in my life heard a woman wolf-whistled.  Have I leered at a few in my day?  Of course, and it’s one of life’s little moments of everyday humor when you catch the eye of another dude across the room who’s been been blatantly checking out the same girl…. good times (are we not men?).  But I’ve been at frat parties galore, and came up in a traditionally misogynistic industry where one of the unspoken but obvious bennies of being a supervisor was first crack at the new crop of interns… and I’ve never seen, or heard about, anything close to what this woman describes.  N.b. that the interns in our neck of the woods all wanted to be in marketing, so they were all ex-sorority sisters, average hotness 7.9 on the Prichter scale.  And yet the Jennifer Bosses and Jessica Valentis and Loryn Brantzes of the world are constantly getting fondled on the job?

What say you, gentlemen?