Stacy McCain has some questions for the radical feminists:

Any skeptic must ask, why are the categories of “man” and “woman” political? Why is there a quasi-Marxist “class struggle” between men and women,” what does it mean to describe heterosexuality as an “economic system,” and what manner of “society” could exist without heterosexuality?

Let me take a stab at answering them.  Now, obviously these are rhetorical questions — the answer, as McCain notes in the very next sentence, is: “Wittig’s purpose is to destroy “society” as it exists.”  What I want to do here is explore some of the “thought” process behind this rhetorical strategy, because trust me, your kids are getting this in college.

There’s a nugget of truth in every Big Idea Leftist academics (BIRM) have farted out over the last half century… so I guess technically it should be “sharted out,” but whatever, point is, all academic theorizing is a variation of Jon Stewart’s “clown nose on / clown nose off” rhetorical strategy.  Stewart makes some asinine fanservice remark, and if he gets too much blowback for being an obvious partisan hack, he says “oh lighten up, it was just a joke,” and points to his smirking fanbois as evidence.  If he doesn’t get called on it, though, he and all his fanbois repeat it over and over as if it’s a serious bit of political analysis, which enables them to claim that they’re Smarter and Better Informed Than You even though they get all their profound mindthoughts from a Comedy Central bobblehead.

Academia works the same way.  They like to pretend that everything, and I do mean everything, is words and nothing but words.  Which is tautologically true: Since we can only think in words, words are necessarily what we think in.  So what happens if we change the words?

No, seriously.  Maybe you weren’t a huge nerd as a teenager, but trust me, this stuff is catnip to a certain kind of dork who thinks he’s way smarter than he actually is.  Normies see you calling a rabbit a smeerp and laugh, because hey, it’s still just a rabbit.  But playing with words does change your perceptions.  Consider these definitions of “human being:”

Both equally true, but oh what a difference!  Clown nose off, this is persuasion, a selective presentation of facts towards a rhetorical end.  Clown nose on, and in comes the unstated but lethally important qualifier, the suggestion of which is the whole point of the exercise:  “A human being is nothing but a great ape.”

which with the addition of some baggy pants, floppy shoes, and a seltzer horn, becomes

which of course is logically equivalent to

And boom, you’re a Social Justice Warrior.*  My preferred pronouns are “xyr” and “jermajesty.” 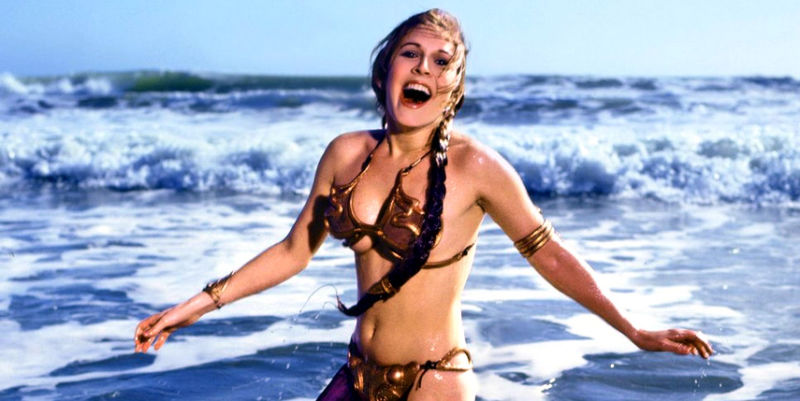 Should anyone challenge you on this… well, since you usually only hear stuff like this in the academy, what you do is fail ’em and report ’em to the Dean for hate speech.  But if someone on the Board of Regents, say, asks you — pink slip in hand — if you’re really teaching undergrads that reality itself is nothing but words, you take the clown nose off and say oh no, of course not, we’re only teaching that words influence perception.

And that’s how you get feminists asserting that “man” and “woman” are political, that there’s a class struggle between them, et cetera ad nauseam.  It’d make your eyes bleed to do this for every item on the list, but here’s a brief e.g.:

“Masculinity,” say, is both DEscriptive and PREscriptive.  When we define behavior X as “masculine,” we’re saying “X is what real men do;” at the same time, we’re also saying “if you want to be considered a real man, do X.”  And who is this “we”?  Why, the community of language-users, of course.  And since that community changes, the sense of the word also changes — the Vikings had a word for “masculine,” no doubt, but it meant something very different than the English word.  Which means notions like “masculinity” are (nothing but) “social constructions;” they change as society changes.  And how does society change?  Via politics, of course, since “politics” is defined as the interplay of personal preferences in the public sphere.  Thus words like “man” and “woman” are, at bottom, political categories.  You and I and my prison gang voted; you’re the woman.

Feel free to take the final exam: If social life is nothing but economics — which follows, clown nose on, from the observation that people exchange stuff for other stuff — you should easily be able to deduce why heterosexuality is an economic system, and thus explain the quasi-Marxist class war between the sexes.

Yes, they really do think like this.  They have to — without the notion that life itself is nothing but words, Leftism will always founder on Reality’s rocks.  I’ve given you the academic version, but you can see it everywhere these days.  It’s why the Cult will never give up on the idea that Putin hacked the election, for example — if he didn’t, then the American people really did prefer Trump to their terrible, horrible, no good very bad candidate Hillary, which is unpossible.  So they’ll keep repeating it until it’s true, and it will be true — until the last remnants of the USA are overrun by superintelligent apes, it’ll be a true fact that everyone knows Putin hacked the election for Trump.  Because if you can just get enough people to repeat if for long enough, reality itself will conform to your magic, magic words, because after all, since we can only think in words, words mediate our interaction with….

*The Six Readers will undoubtedly recognize this as The Gem, aka The Worst Argument in the World.  I seriously can’t recommend David Stove enough to y’all.