So far, no one has been able to provide a compelling answer to why climate change seems to be taking a break. We’re facing a puzzle. Recent CO2 emissions have actually risen even more steeply than we feared. As a result, according to most climate models, we should have seen temperatures rise by around 0.25 degrees Celsius (0.45 degrees Fahrenheit) over the past 10 years. That hasn’t happened. In fact, the increase over the last 15 years was just 0.06 degrees Celsius (0.11 degrees Fahrenheit) — a value very close to zero. This is a serious scientific problem that the Intergovernmental Panel on Climate Change (IPCC) will have to confront when it presents its next Assessment Report late next year.

There are two conceivable explanations — and neither is very pleasant for us. The first possibility is that less global warming is occurring than expected because greenhouse gases, especially CO2, have less of an effect than we have assumed. This wouldn’t mean that there is no man-made greenhouse effect, but simply that our effect on climate events is not as great as we have believed. The other possibility is that, in our simulations, we have underestimated how much the climate fluctuates owing to natural causes.

Von Storch also had this comment about the process of climate science “Natural science is also a social process, and one far more influenced by the spirit of the times than non-scientists can imagine.” 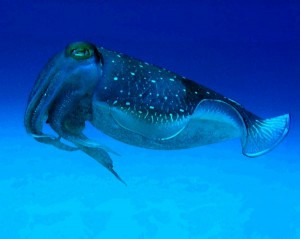