You’ll have to trust me on this, I guess, but way back in Rotten Chestnuts’ early days I had a post about “moonwalking.” This was my attempt at… meme generation, I guess, although it was really just shorthand for some things we were dealing with at the time (anyone who came over from House of Eratosthenes remembers the Cuttlefish infestation). “Motte and Bailey” seems to have caught on as a way to describe this Leftist rhetorical tactic, so you may have seen it described that way, but even if not you know the kind of thing I’m talking about:

You see it pretty much every time the Left confronts reality. It’s been SOP in academia for decades, so much so that they’ve perfected the trick of slipping “just” in and out of their conversation unconsciously. So, from the 100% true historical fact that “real men” acted differently in Medieval Saxony than they do on campus, eggheads assert that — all together now — “gender is just a social construction.” Meaning, of course, that there no no differences between the sexes, absolutely none, that aren’t attributable to “the Patriarchy.” But when you call them on it — threatening to cut off their funding for teaching absurdities, say, or simply by telling them to move that goddamn couch their own selves — the word “just” mysteriously disappears from their vocabulary. Then they’re just pointing out a historical commonplace, and why do you hate science etc. 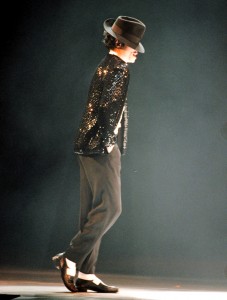 Given their total control of  the culture, the Left have made more money off moonwalking in just the last decade, I’d imagine, than Mr. Jackson made in his entire career. But it’s not perfect. Sometimes xzhey have to disguise a tactical retreat. Liberals can never, ever be wrong of course — because they are Smart — but they can hold their tongues for a while if they’re sufficiently motivated.

Take “gun control,” for instance. The Left feels that no one should be armed but the State. But that’s a problem, because even if you eliminate all the non-Maoists from government, the police still seem to have this habit of shooting innocent Joggers for, like, no reason when they, the Joggers, are just minding their own business after AP Calculus on their way to their piano recitals. Worse yet, those innocent Joggers might actually… but no, for decency’s sake let’s leave the Left weeping in their shame closet, and just note that lots of #woke persyns are suddenly thinking they might actually need to defend themselves from… well, from something. What to do, when they can’t instantly buy a bazooka because of their own stupid laws?

Obviously Lefties aren’t going to go back and rethink all their shrieking about “gun control.” Because that would entail that they were wrong about something, and as we all know, Smart people can never ever ever be wrong. So they’ll just…kinda… shut up about it for a while. Oh, you know, Joe Biden still has to say something about “gun control,” but you’ll have to go pretty deep into the platform to find it — see here, for instance, where you have to go into the drop-down menu, and even there all you’ll see is bromides like “voluntary buybacks” and “universal background checks.” If he wins, God forbid, gun-grabbing will be right back at the top of the agenda, because then the State can roll in the tanks on those uppity Negroes and make Minneapolis great for organic shade grown free trade tofu again.* But until then, they’ll just quietly drop the subject and hope you won’t notice… and, because they control Newsywood, you won’t.

All of which leads to the last, and most fascinatingly terrifying scenario: What happens when they have to bail out on one of the Dogmas of the Faith?

If you live in the Twitter/ivory tower bubble — I truly don’t think there’s a difference anymore — you can still, just barely, convince yourself that the pandemic is raging and the deadcarts are rolling down suburban streets. Out in the real world, though, even the dullest of dullards are starting to realize it’s all a big nothingburger, and always has been. The Left are willing to destroy such bastions of their power as the academic-industrial complex (that number is 4 billion, with a B… and that’s from May) in order to keep the faith…

…but even that won’t propitiate the only god they truly fear: Mockery.

We know Smart people can never ever ever ever be wrong… but when it comes to COVID these Smart people look like a bunch of fucking idiots, and the longer this goes on, the worse they look. Moonwalking won’t save them, since “OMG we’re all gonna DIE!!!!!!!” was their opening bid. Nor will tactical silence, gun control-style, thanks to those stupid fucking masks. Maybe people won’t notice that you’re suddenly dead quiet about gun control, but everyone can see you’re no longer wearing the Birkenstock Burqa.

What to do? As I’ve suggested before, Smart people can’t be wrong, but they can be fooled, so long as the fooling also allows them to pat themselves on the back. Call it “More in sadness than in anger,” and the classic example was the 2004 election — Liberals just cared too much to realize what raging idiots you people really are. But how’s that going to work here?

I dunno, but it sure looks like they’re setting up some fall guys. If I were Dr. Fauci, I’d make sure my pension was fully vested… hell, if I were him, I’d have a jet smoking on the runway in the early dawn hours of November 4, ready to spirit me away to a hidden hideout in a country with no extradition treaty. Because COVID’s over after the election no matter how it goes, and if Trump wins, the mob of kind caring Liberals might well rip him limb from limb.

*What, seriously, y’all think they actually care about Black lives? Hahahaha! You guys are useful tools to them at the best of times; they’ll squash you like lice if they ever get power again. For your own good, of course, because they care.

17 thoughts on “The Moonwalk”