One of the handiest notions I’ve ever come across is the Ishmael Effect.  The Oxford Index defines it like this:

The claimed ability of some philosophical theory to escape from the fate to which it condemns all other discourse. The effect was named by the 20th-century Australian philosopher D. C. Stove after Ishmael’s epilogue to Moby Dick: ‘and I only am escaped alone to tell thee’. This is something it must have been impossible for him to do, given the tale he tells. ‘It is (absolutely) true that truth is relative’; ‘we ought to think that there is no such thing as thought’; and ‘the one immorality is to believe in morality’, would be examples of doctrines that require the effect.

Which sounds an awful lot like 90% of liberal discourse, doesn’t it? 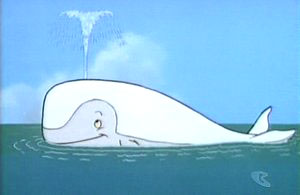 I think a large part of the GOP’s much-discussed “enthusiasm gap” versus Democrats stems from the simple inability to take liberalism seriously.  If you clicked that link, for instance, you know it’s National Review’s Richard Brookhiser gloating about the prevalence of Romney signs in his formerly Obama-loving neighborhood.  I thought the same thing.  So did lots of conservatives I know.  If you went just by yard signs and bumper stickers, Romney was going to cruise to victory.  Umm.  Paging Pauline Kael.

The real problem, I submit, wasn’t the sign-wavers and the bumper sticker-affixers.  They got to the polls.  It’s those other folks.  The ones who looked at 48 straight months of economic decline, international humiliation, and political class hubris and thought, “of course Romney’s rolling.  Who could possibly vote for another four years of these clowns?  It’s gonna be a blowout.  No need for me to take time off work to go stand in line for an hour in some drafty junior high gym.”

If you’re reading this, you’re politically involved.  You think politics is about the big questions.  You think it’s all about big ideas.

Lots of people don’t.  As hard as it is for the primarily white-collar audience of a political blog to believe, only a third of young Americans have bachelor’s degrees.  These folks skew leftward, of course, and liberals have long claimed this as a virtue of a college education, but I suspect the reverse is true:

College is little more than a lukewarm bath of leftist cant.  For every lifelong liberal who graduates with a bachelor’s degree, there are three or four others who are permanently turned off the entire idea of ideas.  “If feminism, postmodernism, and critical race theory are what intellectuals think about, sign me up for truck driver school.”

Which brings me back to David Stove.  We’re so used to arguing with liberals around here that we forget just how absurd their ideas are.  Consider this, from a Daily Kos piece on Human Biodiversity:

Moreover, cultural factors remain a crucial confound in any discussion of IQ scores. On this matter, the IQ aficionados demonstrate their sophomorism.  [HBD proponents] know everything about the statistical analyses, but the differences between Asian styles of thinking and Western styles of thinking are beyond their ken; their cultural backgrounds are so narrow that they simply cannot conceive the notion that other people can think in ways unlike their own and still be intelligent.

That grinding sound you hear is poor Herman Melville spinning in his grave.  The premise here is that “Asian styles of thinking” are so inaccessible to the Western mind that they can’t be captured by Eurocentric measures like IQ tests.  And yet, this Kos poster — and everyone like him! — is so steeped in “Asian styles of thinking” that he can tell us, his fellow Westerners, in great detail how inaccessible they are to us Westerners.

And it wouldn’t be Kos without the kicker:  “But of course, racism is always born of stupidity.”  But let’s try the reverse:  Western ways of thinking are inaccessible to Asian minds.  If the one is true, then so must the other be… but the one gets you tenure and the other gets you fired.  Paging Captain Ahab.

Get a liberal anywhere off the most rigid micro-details of a policy, indeed, and you’re almost sure to find Ishmael lurking behind the arras.  On the relationship between poverty and crime, for instance.  Theodore Dalrymple is fond of pointing out that if poverty caused crime, we’d all still be living in caves.  Or the idea that “diversity” is ipso facto good (if that were true, the Balkans would be the world leaders in everything).  Or…

We who read political blogs see these as gross hypocrisies at best, cynical opportunism at worst.  But — and this is key — by pointing out all the ways leftists’ actions don’t measure up to their premises, we’re inherently accepting the premises.  We laugh at the diversity racket, for instance, with their insistence that entirely separate dorms, fraternities, and programs of study somehow make the entire campus a glorious rainbow.

It’s a mistake.  These are Ishmael assumptions — falsity is built right into the premise.  The entire race racket, for instance, is based on the idea that nobody can truly escape the cognitive and emotional biases of his phenotype.  But then how do the race hustlers themselves know?

We “intellectuals,” for lack of a better term, are always ready to make exceptions and qualifications, to discuss first principles.  It’s no accident that Stove made his remarks about the Ishmael Effect in the course of a professional attack on that most recondite of academic philosophical topics, metaphysical solipsism.  As Stove pointed out in great detail elsewhere, it’s the brainwork types who are most likely to fall for these kinds of arguments, the most likely to say “well, there’s a real point under there, you know…”

Problem is, we lose everybody else.  We never do the one thing we should do, which is to point out the self-contradiction and walk away.  That’s why I like the tag “the Ishmael Effect” so much — it’s pithy, it’s nerdy-but-not-too-nerdy, and, most importantly, it puts the burden back on them.  Let them chase their own tails for a while, trying to figure out ways to claim that such blatantly self-serving contradictions are neither self-serving nor contradictory.

And then we hit ’em where it hurts.  Pump up the low-info voters who think all this stuff is just egghead silliness — “do you really want four more years of these jokers in charge?  They think they’re smarter than you, but their entire worldview is a mess of contradictions.”

4 thoughts on “Thinking like a Liberal: The Ishmael Effect”